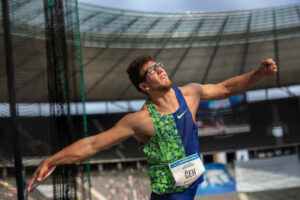 22 year old Kristjan Ceh (PB: 70.35) finished 5th in Tokyo on his very first olympic games. His top class performance (66.37) was not unexpected: in the weeks leading up to Tokyo he broke the national record (70.35) in Tampere, Finnland. He has won the U23 European championship twice (2019 Gavle, 2021 Tallin). He currently stands third on the World Athletics ranking and holds the U23 world record.

Simon Petterson (PB: 69.48) won the silver medal in Tokyo (67.39), finished 4th in the European championship and previously finished 2nd in the winter Dobó Cup. Stands 5th in the WA ranking. 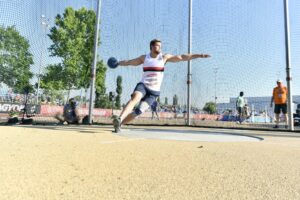 Lukas Weisshaidinger’s personal best is 69.04 and he won the bronze medal in Tokyo (67.07), finished 6th in Rio (64.59) five years ago. He also has bronze medals from previous world and European championships too. Ten times Austrian champion who also excels in shot put. Currently stands 4th in the WA ranking.

U23 European champion Lawrence Okoye (PB: 68.24) tried american football and rugby too in the past. He played for Dallas Cowboys, New York Jets and Chicago Bears. Two times British champion in discus throw, he was part of the European champion British team in Poland. He finished 4th at the Gyulai Memorial in July (64.17). He qualified to Tokyo but missed the final. Currently stands at 11th in the WA ranking. 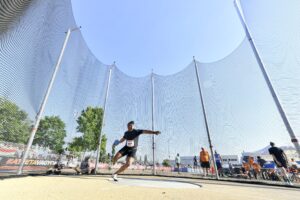 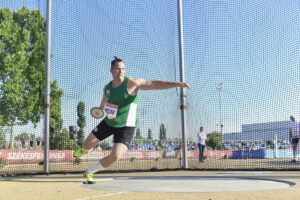 „I’d be really happy if I could improve my personal best a bit further this year, hopefully above 66 meters. Before the olympics I was hoping to compete in the Shenzen meet of the Diamond League, but the Chinese city couldn’t host the competition, and now it comes to Hungary. It is going to be a great opportunity and even bigger challenge for me.” 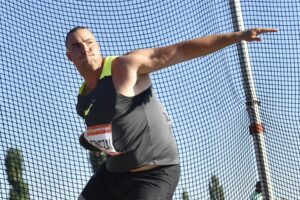